In 2001 Bettina Röhl publicly announced that she is not the daughter of Ulrike Meinhof (Cleaver, 2001). Her emancipation is not a shock to anyone who knows of Meinhof and her terrorist actions. Revolutionaries want to change the world, but the collateral damage is often forgotten about. Röhl is collateral damage. Her fictional diary traces her increasing disillusion with her mother as her involvement with the Rote Armee Faktion grows. Röhl has often spoken about her childhood which was affected by her mother’s terrorism, perhaps most notably in the 2010 film Children of the Revolution, which was used for dates, names and facts for the diary.

The diary highlights the inevitable hypocrisy with such militant actions. Meinhof, who was a  ‘liberated woman’ (Scribner, 2014, p.4), wanted to ‘advance social justice’ (ibid.) and eradicate the lasting effects of National Socialism’s rule. However, in doing so, she ruined the childhoods of her own children, children of her victims and many others without liberating anyone. She wanted to change a society from one that ‘privileged the political and business elite, and neglected the working masses’ (Stefanik, 2009, p.19) but instead she privileged those who made bombs, and neglected her children. 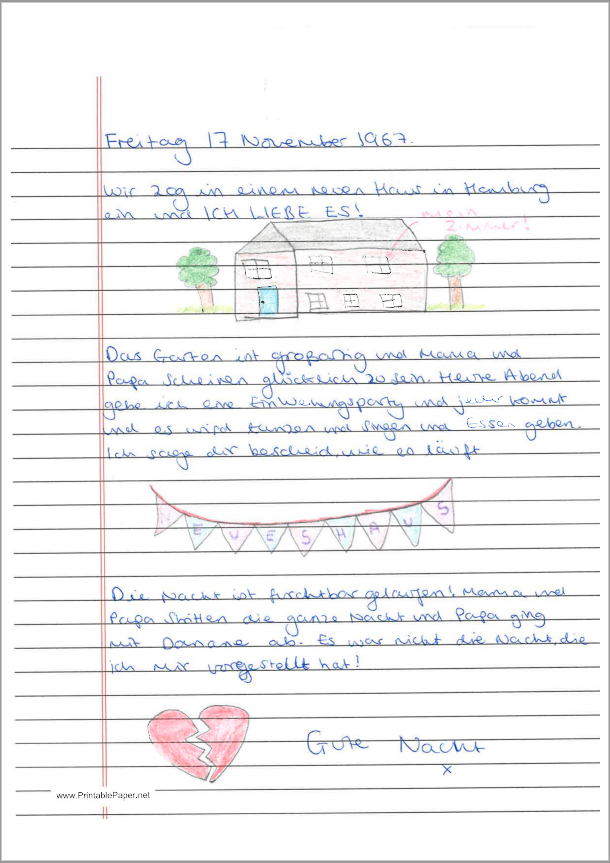 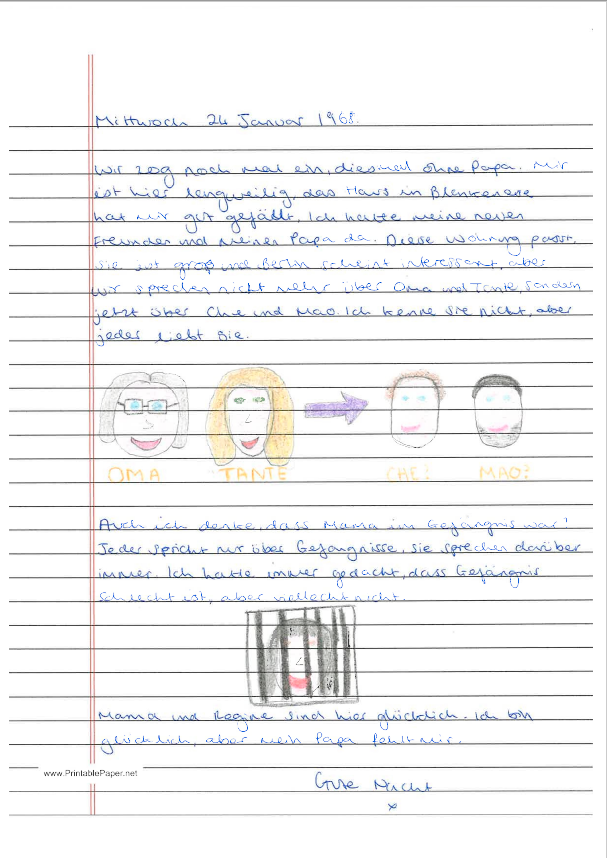 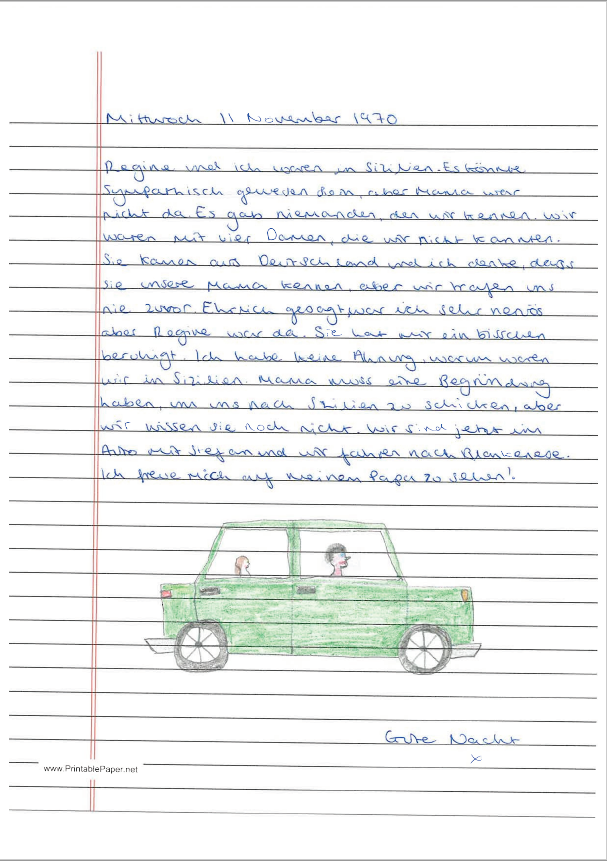 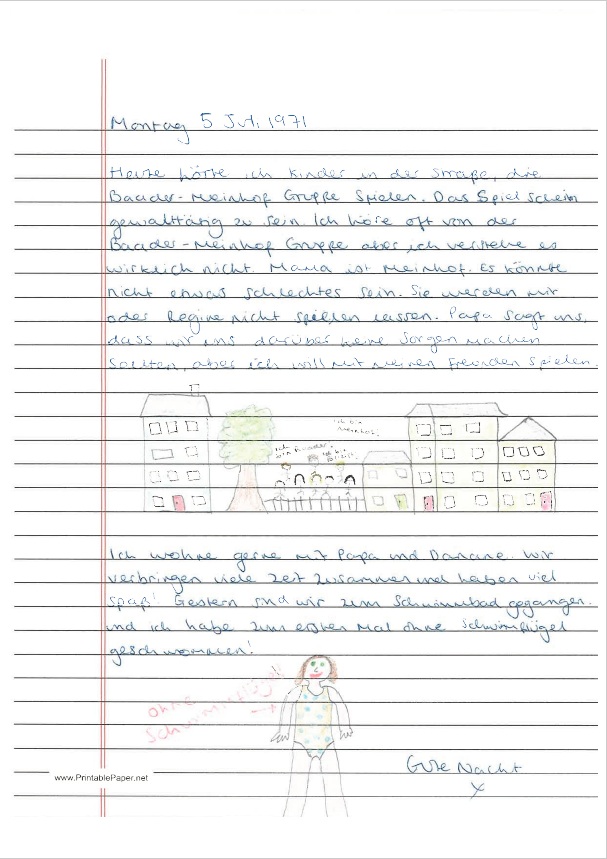 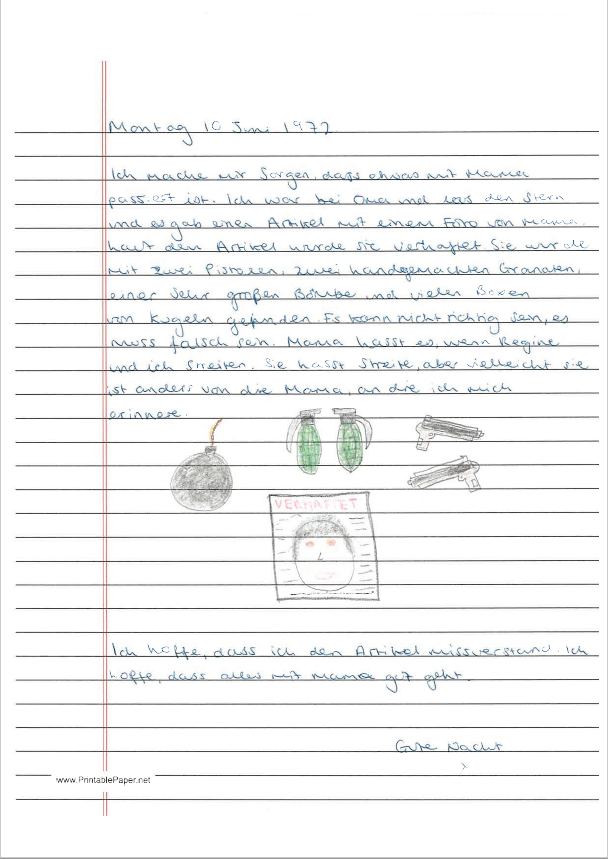 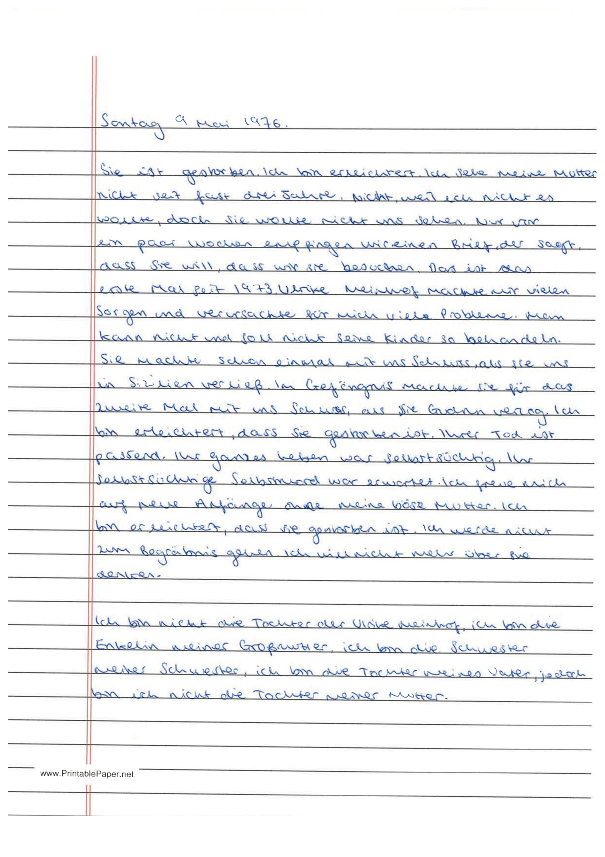