The Changing Face of Activism

I was motivated to address the concept of lifestyle activism after our lesson on Kommune 1, as it encouraged me to think about alternative forms of protesting and how today’s youth challenge the status quo through their everyday actions. This led me to consider the emergence of consumer activism, brand mission statements and how businesses target socially conscious consumers through self-serving marketing ploys. I also felt that, in the spirit of 1968, I should take a on an opinionated, perhaps even controversial tone, rather than write in a neutral, journalistic style.

The Changing Face of Activism: From Rudi Dutschke to Cara Delevigne?

Das Private ist politsch – Kommune 1’s infamous motto has perhaps never been more pertinent than it is at present, as the zeitgeist of the 60’s protest movements persists in today’s vitriolic political climate. Whilst social conventions were once challenged by the likes of Rudi Dutschke and his army of rebellious youths, it appears that corporations and celebrities have taken the lead in matters of social responsibility. From Starbucks’ refugee hiring plan, to Nike’s take on racial inequality, businesses seem desperate to display an authentic sense of awareness, reflecting a global marketing epidemic: brand activism. Previously apolitical companies are suddenly raising their voices, with the importance placed on being heard. And, with the exception of maybe Pepsi’s tone-deaf advertisement featuring Kendall Jenner, the commodification of activism is selling.

To understand the success of this sophisticated marketing tactic, it is perhaps helpful to examine some of the theoretical concepts surrounding Kommune 1 – in particular, the idea of lifestyle activism. The German ‘communards’ expressed their opposition to the status quo through their altruistic way of life: they believed that since the private is political, our behavioural tendencies – whether that be in the context of work, leisure or the family unit – are a reflection of broader capitalist ideology. In response to this notion, everyday actions should correlate with the political ideology of the individual and our choices, as consumers, could certainly present one way of engaging with this concept. If we are to lead our lives in accordance with our values, then surely our shopping baskets should reflect our personal beliefs, with consumerism providing a means for us to actively participate in politics, rather than letting capitalism dictate our decisions.

With the exception of elections, activism is perhaps the single most significant method of interacting with the government. But consumer activism, unlike direct civic engagement in the form of strikes and protests, does not require extended planning, commitment or sacrifice. Why volunteer in El Salvador when you can just purchase a pair ethical espadrilles? Big businesses fuel our social conscience by providing a peaceful and convenient medium of supporting social change – it is easy to see the appeal. Many of us will remember TOM’s ‘One for One’ business model, which was based on the premise that for every pair of shoes sold, another would be donated to child in need. However, despite, what we are led or would like to believe, these donations frequently have a negative impact on communities. According to a study conducted by professor Bruce Wydick, TOM’s program actually increased dependency on foreign aid whilst undermining the local footwear market. Their most recent campaign ‘Giving Sight’ – which aims to provide corrective eye-surgery for people in need – is expected to be more effective. Nonetheless, we must ask ourselves whether companies are merely co-opting generosity to increase sales. By simply allocating their marketing budget towards good causes, they are able to build benevolent corporate identities and present shopping as a constructive and mutually beneficial form of activism.

Under-30s appear to be particularly receptive to this kind of marketing ploy. Indeed, today’s youth are proving to be the most consumption oriented generation to date and with their sheer size of approximately 1.8 billion people worldwide, are considered the most powerful consumer group in the marketplace. Yet, much like in the 1960’s, it is still the young generation that provide the catalyst for social change, cultural transformation and radical political reforms. As a matter of fact, a 2016 UCLA survey declared today’s students as the most politically active generation since the study’s conception in the 1960’s. It is for these reasons that corporations target socially conscious Millennials: they are concerned with global issues and the responsibility of businesses, whilst still wanting to indulge in consumption.

In the age of social media ‘influencers’, the effect of this marketing strategy is greatly enhanced through the inclusion of celebrity ‘activists’, as designer products promoted by A-listers appeal to status-conscious consumers. Note that the term ‘activist’ is being used very loosely here, as it is often unclear what notions these prominent personalities are advocating. Take, Puma’s ‘Do You’ campaign for example. The venture launched in 2017 with the aim of ‘encouraging women worldwide to share their stories, their struggles, their strengths, their passions’. Featuring the Instagram-famous model Cara Delevigne, as the epitome of social awareness, the project follows her as she questions her subjects on female empowerment, while prancing around in her all-Puma gear. Unsurprisingly, she does not interview the 150 Cambodian women who collapsed due to unsafe working conditions in a factory supplying merchandise for Puma in March of 2017. She does not ask these predominantly female employees, who work 10- hour days and earn between less than $200 a month, if they feel empowered. It is difficult not to highlight the hypocrisy here. By encouraging and legitimizing consumerism as an important form of political activism, celebrities are undermining more traditional modes of public action such as strikes, protests, boycotts, and marches. By marketing these unethical products on social media, they are assuring their young followers that purchasing these items will not only enhance social status, but will also create the appearance of social consciousness. Puma is by no means the only culprit. Countless other companies commodify feminist ideals, racial unity and environmentalism in order to sell goods that actually depend on exploitative and immoral capitalist production practices. Think H&M’s ‘conscious’ line, Dove’s ‘Self-Esteem Project’ and Procter and Gamble’s ‘My Black is Beautiful’ campaign.

Consequently, the term ‘activist’ has truly undergone a radical transformation. If we consider the media’s portrayal of the 1968 protest movements in Germany, the word once evoked images of dangerous, long-haired students who, after the brutal murder of Benno Ohnesorg, were told that ‘if you produce terror, you can expect a firm response’. Today, the word is no longer associated with pressurising institutions and creating political reforms. Rather, the concept of activism and the identity of the ‘activist’ have been adopted by profit-driven businesses and celebrities and repackaged into a trendy and, paradoxically, apolitical consumer good.

Yet, whilst consumer activism usually presents a problematic form of political engagement, not all is lost. Thanks to the mass of information available online, with a little research, we can differentiate between companies that exploit the conversation for profit, and those producers that have ethical principles. Streaming platforms such as Netflix have given rise to countless documentaries that help educate consumers on how to make ethical choices, with films like The True Cost exposing the environmental impact of fast-fashion. Lifestyle activism has also experienced a renaissance in the form of cultural trends such as Veganism, a fringe movement that has exploded in popularity over the course of the last few years, partly due to documentaries like Cowspiracy and What The Health. Nonetheless, consumer awareness is clearly on the rise, as demonstrated by the Ethical Consumer listing 52 on-going boycotts in the UK.

Rejecting capitalist practises, however, can come at a price. Whilst spending that bit more to support local and ethical producers may mean buying fewer pints at the pub or eating out less, these are choices that need to be considered. Consequently, the endless allure of consumerism can nudge us to think critically about what it means to be able to afford a product, and evaluate the true cost of individual goods. For example, when we claim that we cannot afford ethical fashion or organic produce, what we actually think, is that it seems overpriced compared to goods that rely on production methods we frown upon. When we say that they are too expensive, we usually mean we would rather spend our money on something else. We need to revaluate our relationship with goods and services, taking into consideration what we should support, rather than simply what we think we can afford in financial terms. Our choices as consumers can only then allow us to create an impact. 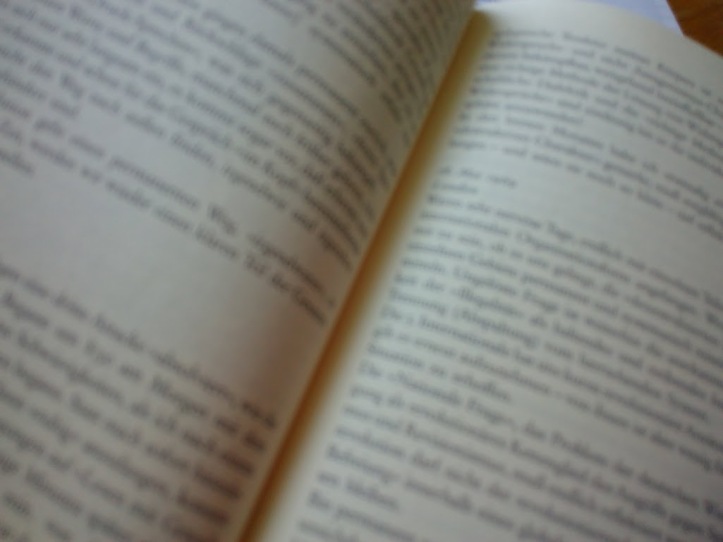