Integral to the student movement, Rudi Dutschke is a complex and often controversial character. As a figurehead for the SDS, Dutschke’s impassioned speeches and powerful rhetoric earned him the hearts of German students and provoked the wrath of the Springer press. However, the failed assassination attempt of April 1968 and the long-lasting physical consequences it exerted on Dutschke render him a somewhat tragic figure. The failed attack incited increasingly violent protests and riots all across Germany, and it is the reaction to this attack which has defined how Dutschke has since been remembered.

In the painting I have chosen to show Dutschke’s bicycle, fallen to the curb after the attack. A similar notion inspired a tribute in 2008, as hundreds of bicycles lined the Kurfürstendamm to  commemorate 40 years since the attempt on Rudi’s life. 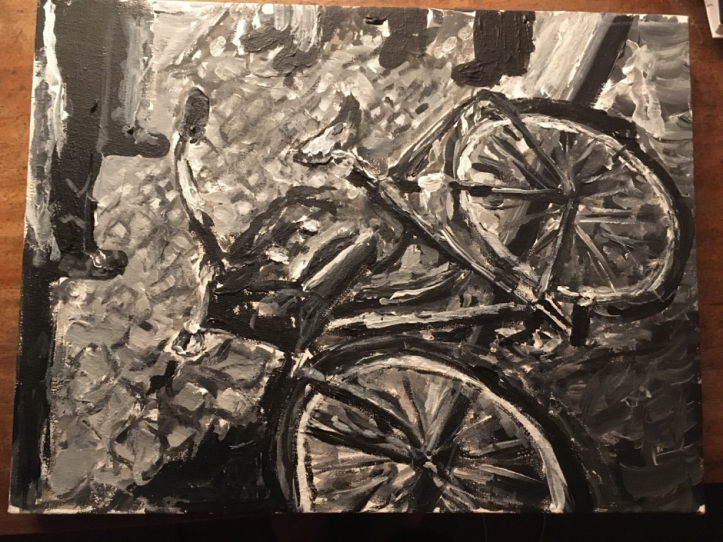 Through this image I seek to explore how we ought to remember Rudi Dutschke, and how he has been remembered. The bicycle, riderless and people standing around observing. I hope to capture the loss of a man who had his life cut short as a consequence of a botched act of barbarism